Get the latest creative news from FooBar about art, design and business.

10 Of The Most Common Electric Vehicle Myths Debunked 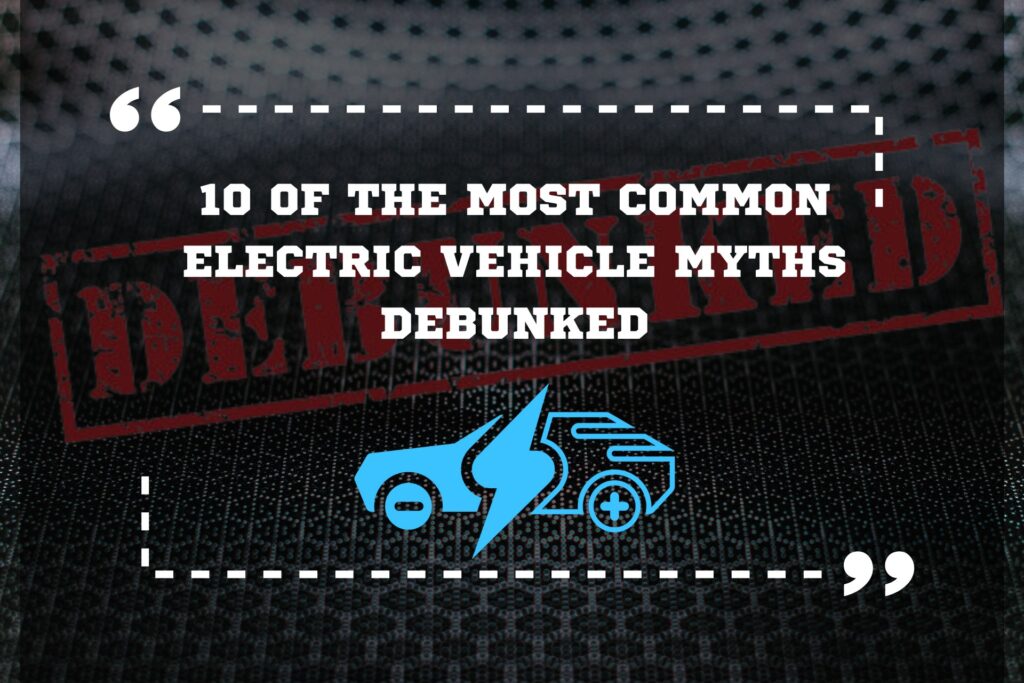 Electric vehicles are still the future of mobility for most people. Meanwhile, destiny is closer than we realize, with several new battery-powered cars set for introduction soon. Yet, isn’t it astonishing how tenacious certain EV urban myths continue to be?

Most people are still clueless about the benefits of plug-in cars and frequently harbor an outdated bias toward electric vehicles. So, we decided to compile a list of EV myths that need to get busted.

Here are 10 of the most common myths regarding EVs debunked for you.

#1 EVs are low-range vehicles and can’t travel far; so you may get stranded.

It makes sense for drivers to worry about getting stuck miles from a charging station with a dead battery, but as EVs become more prevalent, their range is improving. The typical daily mileage of drivers in India may easily fit into the EVs that are now on the market.

According to the Bureau of Energy Efficiency, the average range of electric 2-wheelers now on the market is roughly 84 km per charge, which is sufficient for daily commuting within a city. Indian commuters go 35 km per day on average.

Electric cars typically have a range of 200 to 300 km per charge. At the same time, a hybrid electric vehicle (HEV) is an alternative that can travel at least 400 to 450 km using both electricity and fuel. Along with the expanding charging infrastructure, this range makes traveling even between cities easy.

Fact: Since they are more effective and have better speed, electric vehicles fare better than petrol or diesel vehicles.

In reality, electric cars are usually faster than their fuel-powered competitors. It is possible because an electric motor instantly produces 100% of the torque without gears. The acceleration of electric cars happens swiftly from rest to speed without lag as soon as you press the accelerator.

Fact: Compared to ICE vehicles, EVs charged exclusively from the grid already emit fewer greenhouse gases almost anywhere on the planet. As the grid gets more “green,” so will EVs.

EVs can convert approximately 59%-62% of the grid’s electrical energy to energy for its wheels. Traditional diesel/petrol vehicles can only convert around 17%-21% of the stored energy in fuel into power. As for CNG engines, they create particle pollutants and emit ammonia. Thus they are not completely clean.

Although you may dispute that the electricity used to power EVs contributes to carbon pollution, it depends on the local power generated. India aims to reach approximately 40% of total installed capacity from non-fossil fuel resources by 2030.

Even after factoring in the carbon footprint of charging, research has revealed that petrol or diesel vehicles produce three times as much carbon dioxide as an electric vehicle.

Fact: The batteries in electric cars can store energy for several years, and many will last longer than the cars themselves.

If we keep judging EV battery life to that of the batteries in our devices, we become concerned about short battery life. Electric vehicle batteries are of the highest quality and last a long time. Several manufacturers provide battery warranties ranging from 5 to 8 years.

If recycled, 95 – 98% of the elements may be reused or recycled. India currently lacks a commercial-scale recycling system, but companies like Attero Recycling are willing to change the battery recycling landscape. Attero plans a Rs 600 crore lithium-ion battery recycling plant in Telangana.

India has pledged to have 175 GW of installed Renewable Energy (RE) capacity and up to 450 GW by 2030. The existing grid can supply energy to EVs at the present adoption rates.

The overall emissions from electric vehicles will reduce more as the share of renewable energy sources rises and the reliance on coal falls. 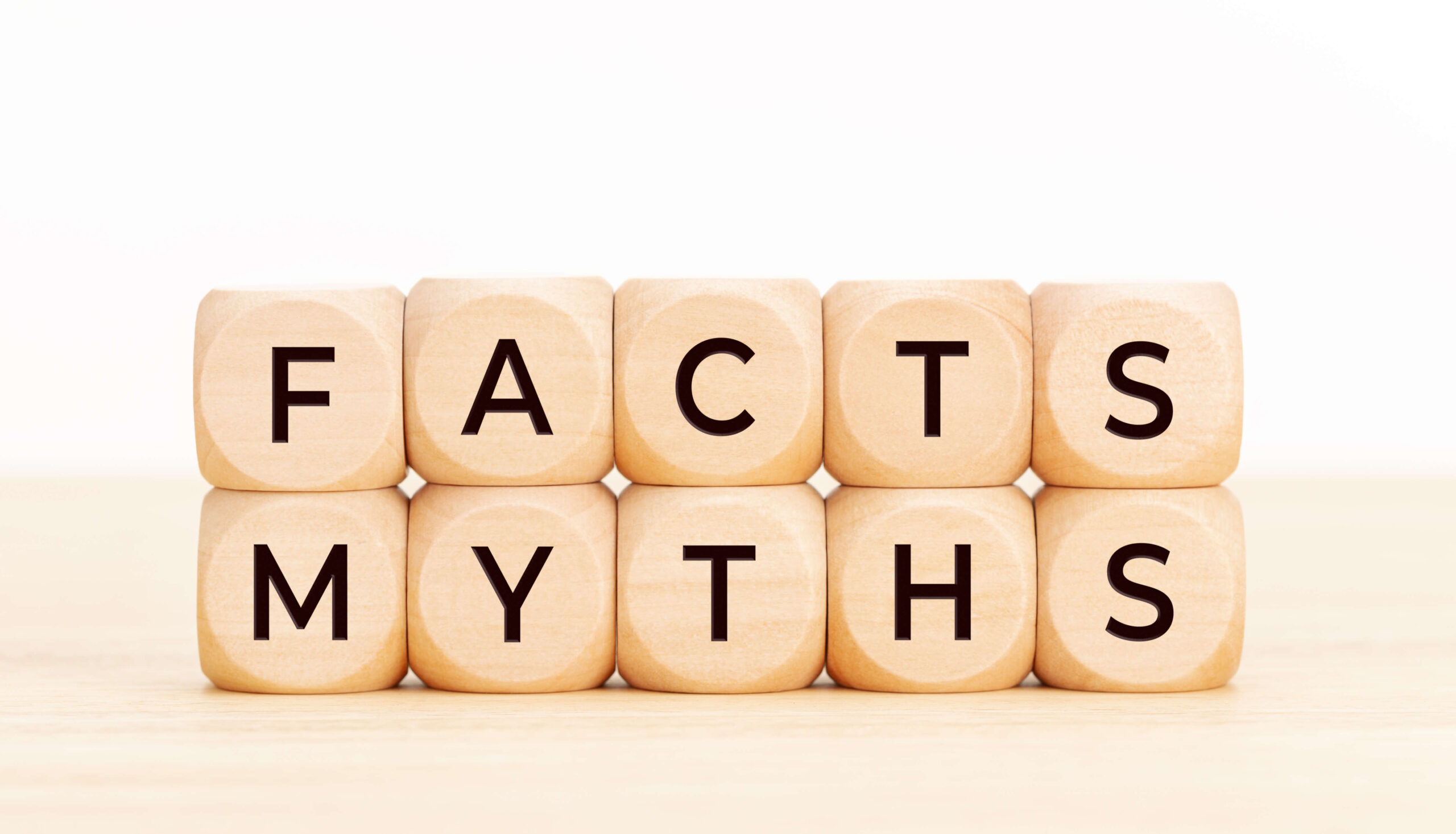 #6: Charge stations for electric vehicles in India are insufficient.

Fact: Undoubtedly, India has plenty of public charging stations ready for you when you want to recharge on the road.

There are now 5,151 public EV charging stations in operation in India, along with more than 18 million electric vehicles registered on the road as of December 2022. Moreover, more charging stations are coming up, both public and private. The government has taken steps to ensure that the presence of public charging infrastructure continues to rise and has provided a platform to locate them easily.

#7 Maintenance of electric vehicles is expensive.

Fact: The running costs of EVs are lower than those of ICE-powered automobiles.

EVs don’t need routine oil changes or tune-ups, and they have fewer moving parts and may need replacement only after years of mileage. They offer a straightforward one-speed transmission, minimal operating expenses, and less wear and tear.

Any new technology finds a financial route with a higher initial price. The government provides many subsidies and incentives to support the high initial costs.

Fact: Most of the time, cars remain in parking. During this downtime, you can connect your vehicle to charge it.

Quick chargers are now available in India if you want to charge your device quickly while on the road. A few electric vehicles can charge from 20% to 80% in around 30 minutes.

The type of charger used determines how long it takes to charge an electric vehicle. As per the Bureau of Energy Efficiency, existing EVs can go from 0% to 80% charge in between 1 to 5 hours with regular chargers. Whereas electric vehicles may be charged within an hour using fast chargers. Fast chargers are mainly for recharging electric cars with bigger batteries.

#9 Waterlogged places can damage electric vehicles, and charging them in the rain is risky.

Fact: Your EV will have water intrusion protection. Its electrical components are securely sealed and unlikely to present an electric risk.

Ingress Protection (IP) compliance is a standard feature on all EVs. Many electric vehicles have an IP67 classification or higher; 67 denotes safety from two elements, dirt, and water. For example, anything over 67 is for sophisticated equipment, like submarines. As long as not already damaged, your EV won’t break down and won’t transfer electricity near water.

#10 Home charging is not efficient for EVs

Fact: There are several ways to charge EVs at home. Although you might have to pay extra to make the process more effective, home is generally the most affordable option.

Installing a wall box charger is the best solution. Usually, there are rapid chargers that deliver electricity while enabling users to safely and dependably charge their cars.

Since most owners of electric vehicles park overnight, most may rely on home charging to ensure their EV is ready for use every morning.

The most economical way to recharge is usually to charge overnight at home.

A consistent push for the past few years has paved the way to encourage electric vehicles to lower emissions and make Indian roadways more environmentally friendly. Fortunately, thanks to government support, manufacturers’ endeavors, and growing initiative to drive awareness, the industry has seen much progress in sustainable mobility.

A certified author and web optimizer with years of experience up his sleeve, Rahul Sharma is dedicated to spreading the word about the power of electric vehicles and the wonders they can do for the environment. Having spent a significant amount of time studying all things EV-related, he now wants to share every bit of information he has accumulated along the way with his fellow EV enthusiasts in India. As he persists in the lookout for the newest development, the latest bit of news pertaining to EVs, you can count on him to bring you up to speed with all the goings-on of the Indian EV industry. Join EVNI today and become a part of the revolution.

Union Budget 2023 Could Include SOPs for Domestic Electric Vehicles

Own an EV and want to get featured in EVNI?

For a detailed review of your vehicle, fill out the form below and we will get back to you at the earliest.
Enter Your Details

10 Of The Most Common Electric Vehicle Myths Debunked

Union Budget 2023 Could Include SOPs for Domestic Electric Vehicles

Get the latest creative news from SmartMag about art & design.

For a detailed review of your vehicle, fill out the form below and we will get back to you at the earliest.

Note: We are currently accepting review requests from New Delhi only

Get the latest info

Get the latest news from EVNI about all EV vehicles and technologies.